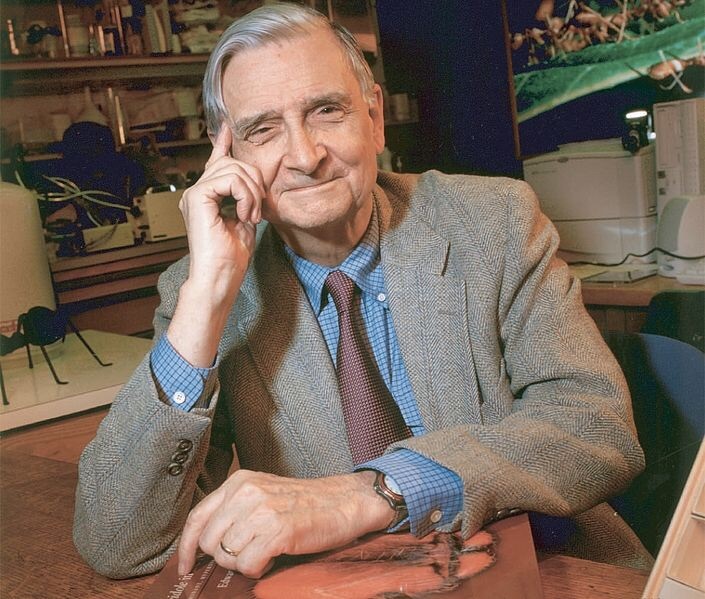 Biologist and theorist Edward O. Wilson is renowned for his expertise in the field of myrmecology, the study of ants; is considered the "father of biodiversity;" and alongside a decades-long career at Harvard, has won the Pulitzer in Non-Fiction (twice). At nearly 87 he's still an active writer and speaker (his 32nd book, Half Earth: Our Planet's Fight for Life is out this week). I'd come across him in science classes before, but really fell in love upon encountering his 1998 text Consilience: The Unity of Knowledge, in which he argues eloquently in favor of Renaissance and Enlightenment ideals of seeking collaboration and unity across and between the academic fields of the hard and social sciences as well as arts and humanities.

Consilience etymologically and evocatively means a "leaping together" and for Wilson, philosophically, it refers to the underlying unity of all knowledge. While Wilson sticks generally to epistemology, his lofty ideal, distilled by Charles Gillespie in his American Scientist review, "is to achieve progressive unification of all strands of knowledge in service to the indefinite betterment of the human condition."

At HiddenGenius, the ideal of consilience is applied practically, but just as idealistically in our mission: to spark technological innovation by connecting individuals across every discipline, skill-set, and life experience in order to share resources, perspective and knowledge in that same service of "indefinite betterment of the human condition." Wilson understands that there is power and a kind of magic in diversification- his fieldwork observing ant populations shaped his insights into biodiversity: the interrelatedness of all species of life on the planet. If simultaneous diversity and interconnectedness is essential to evolutionary adaptation, why shouldn't it also facilitate innovation at every level of the human experience- creative, intellectual, technological and beyond? We know it's possible and we hope you'll join us in building our HiddenGenius community: a hub for idealistic and diverse thinkers, creators, inventors, and disruptors.