A fight for the future of the drone industry

The AC/DC song Back in Black started blaring through the speakers... It was loud, engulfing the convention center and grabbing the attention of hundreds of drone industry leaders, instantly. Days of sessions about drone regulation had just been transformed into what now seemed like the opening of a major sporting event. Engineers, researchers, politicians, and CEO’s crowded around a netted cage to watch a battle. Only this one was with drones.

The drones weren’t fighting each other. Instead, they were fighting for the future of the drone industry.  Competitors were there to demonstrate sense and avoid technology. This technology is the last layer of defense helping drones to avoid things like airplanes, people, buildings, etc. We won’t see drone package delivery without it.

The UTM convention (initially started by NASA) and hosted by the Air Traffic Control Association, CenterState CEO, Gryphon Sensors, and others asked HiddenGenius to run a preliminary sense and avoid tech competition. Even with a short lead time, teams from around the world were interested.

Each competition leads to a remarkable story

Traveling 1,166 miles, Aerotenna, a drone company from Lawrence, KS proved that their drone technology had the capability to avoid a dynamic target in their line o 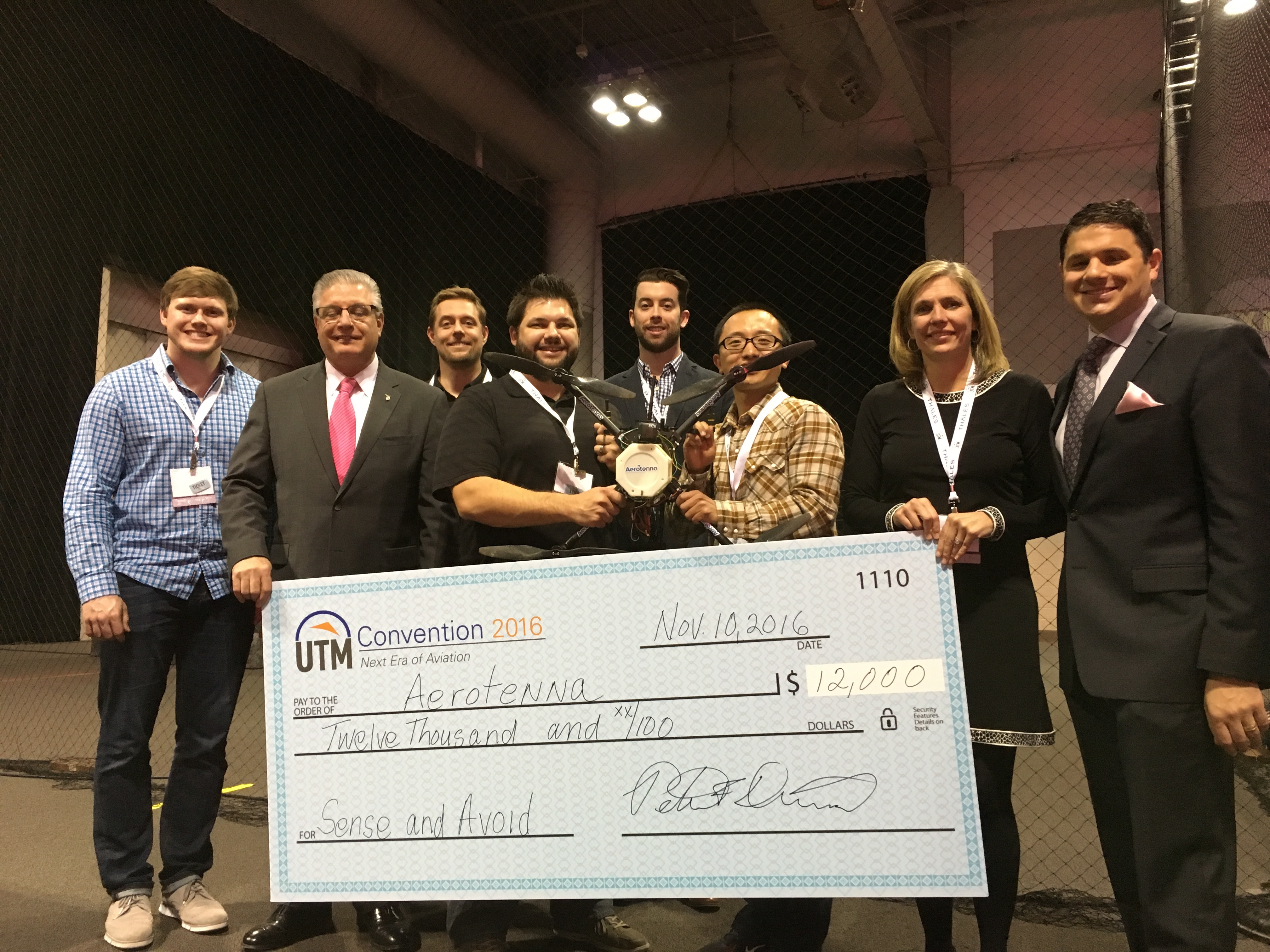 f sight. It was a great surprise to see an unfamiliar company declare the task accomplished, taking home the prize money.

The results of the first HG drone competition added validity to the mission that drives our startup. We believe that the competitions are a great success when
an unknown person or company develops a technology that can shape the future and improve the lives of millions. Our HG community is happy to provide the visibility and support to ensure such success.

HG values the relationships built with the winning teams

Nearly seven months have passed since HG's first SAA drone competition, so we decided to pay our friends at Aerotenna a visit to learn about their current projects and pursuits.

"The HiddenGenius competition has brought a lot of things to our company, both internally and externally," said Zongbo Wang, co-founder, and CEO of Aerotenna.

Founded in 2015, Wang had a vision for the company to "define the future of the UAV/drone industry by contributing valuable new technology and ideas to the flying industry." This vision cast in 2015 continues to guide the work of Aerotenna.

One of the benefits of a technology competition is recognition and increased support, but it also helps to build a company's morale.

"We were able to show and demonstrate, in real life, that our technology can do the job. A lot of people started to ask how they could use and integrate our technology with their applications," Zongbo said. 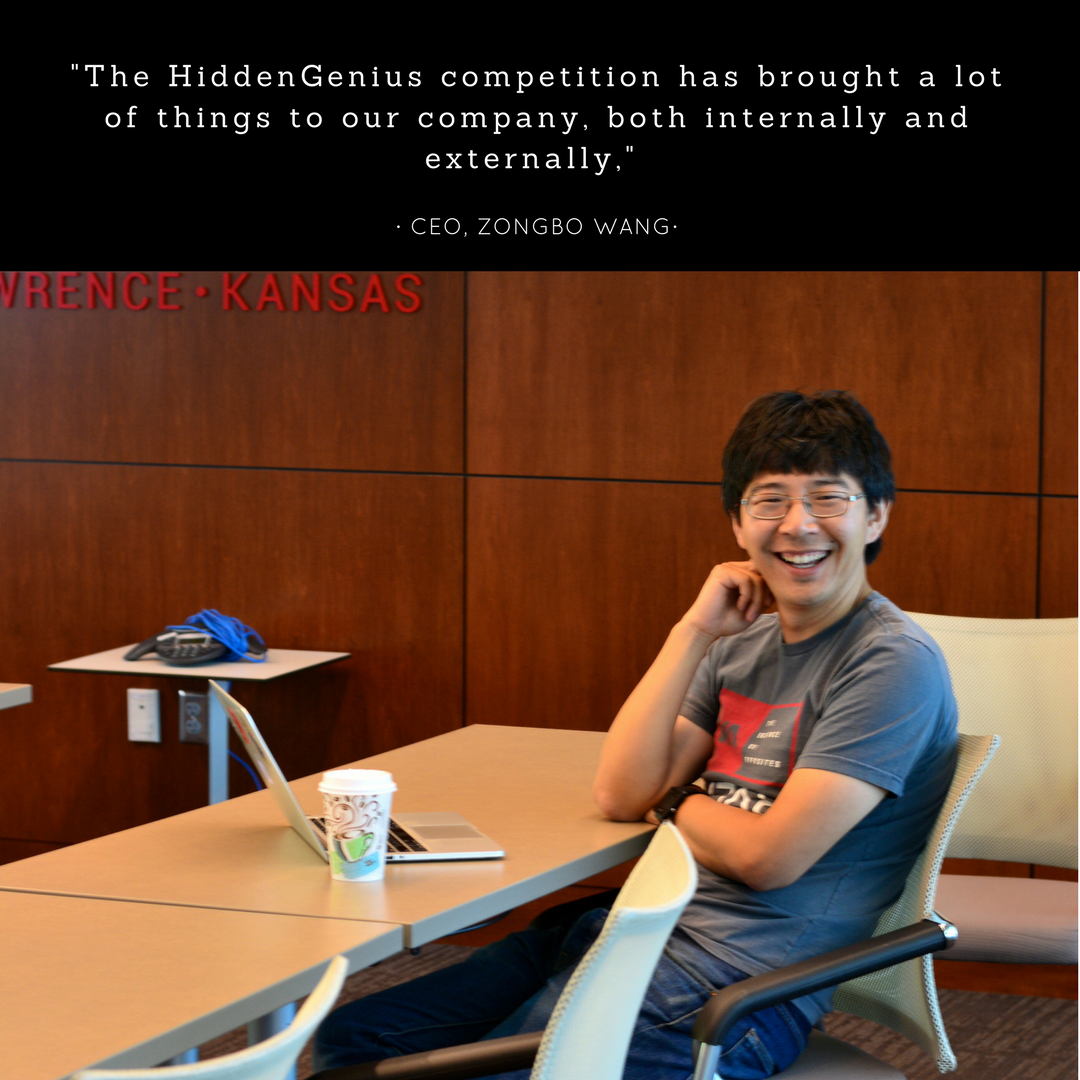 Drone sense and avoid technology is a crucial piece for the industry to move forward. "Drone safety features need to be well-addressed. I am happy that a lot of people have started to pay attention and investigate this technology," Zongbo said.

Aerotenna is currently working on several exciting projects. It is their goal to help advance the world of technology not only by developing drone technology but also robotic technology in ground-based vehicles, such as cars. You can learn more about their current projects by following them on Facebook @aerotenna and connecting with them on LinkedIn.

HG has announced a larger drone sense and avoid competition. This competition will have a much larger prize for tackling the critical challenge of drones sensing and avoiding low flying aircraft. HG is partnering with leading sponsors and is exploring hosting venues. For basic information about supporting the competition as a sponsor or competing in the event visit HiddenGenius.com or email support@hiddengenius.com.